Are You Struggling to Find Your Life Purpose? 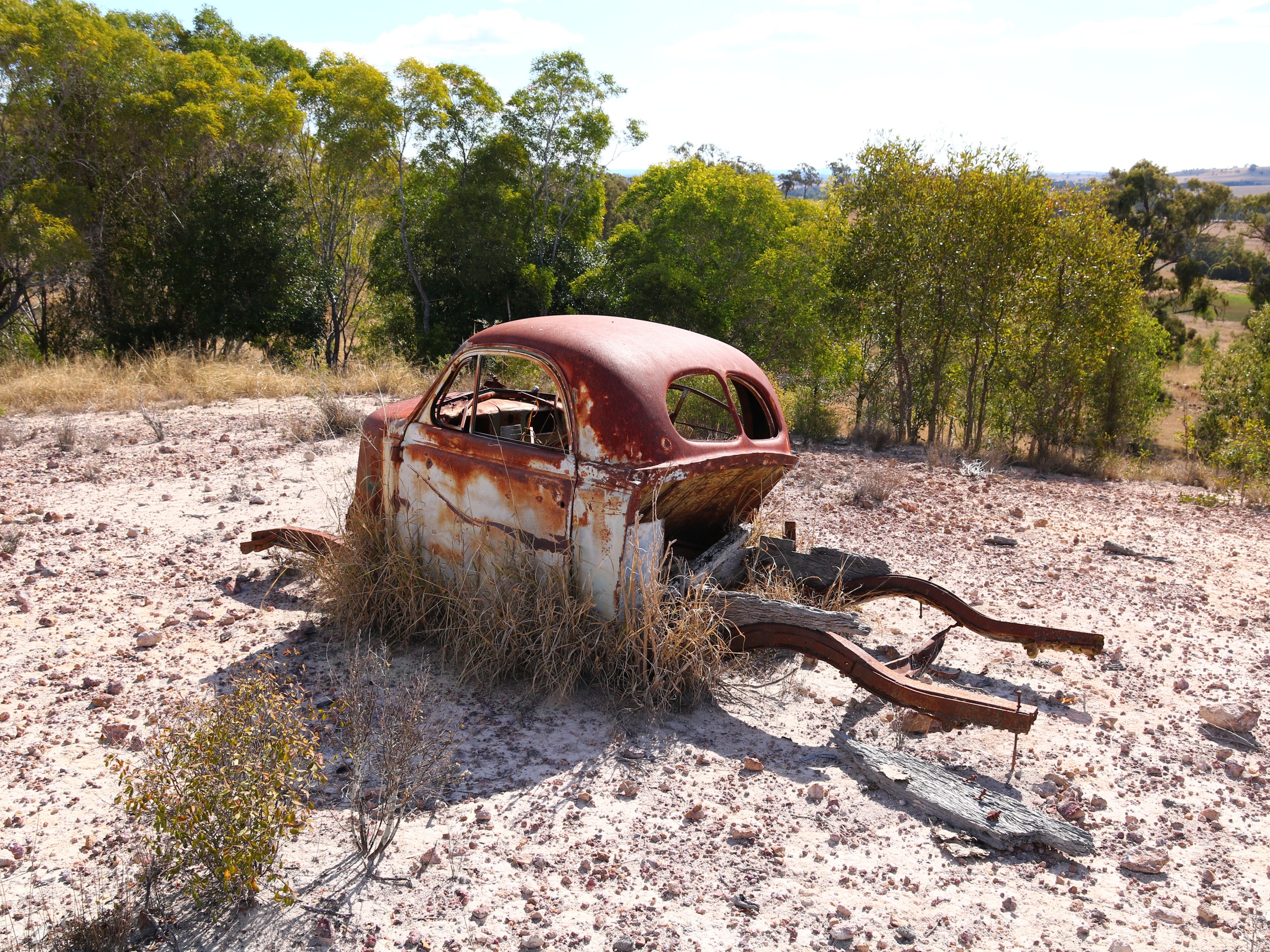 Why your unique gifts will unlock joy, help you discover meaning, and re-kindle creativity in your life…

If you have been searching for your purpose in life, you’re not alone. Many people, especially those with unique gifts and special life-paths have this problem.

So what is the key which will unlock this path for you?

In my experience the key is to have a rich inner world and a spiritual / creative passion. That sounds pretty simple, right? There you go. That’s literally the answer.

So why is it so damn hard to walk the path of purpose? Well, first, we need to discuss what is holding you back, then we can delve into how you open up your potential.

The first step into understanding how you get undermined or blocked from your purpose is to know how the inner-world works. The space within all of us which houses the soul and the imagination is how we tap into collective consciousness and access eternal love. Basically, it’s how we love ourselves.

This inner well of unconditional love keeps us in our integrity, our passions, curiosity, ability to learn and also a sense of inner-strength which allows us to make bold moves in life independent of other people. When external relationships let us down, this inner love does not.

We all need to establish that relationship with ourselves, nurture it and value it. When we can do that, we find the strength to stand up to people who don’t have our best interests at heart and we’re able to continue nurturing ourselves when the world can’t.

Tapping into the heart-space is where you will find this, and undertaking heart chakra meditations is a great way to practice that, but for people who have been through a lot of difficulty with relationships, this will also be a painful process. You have to spend time unpacking the trauma, forgiving yourself and others, then being able to truly let it go and start moving forward.

A lot of that pain stems from a process which we are all subjected to by toxic people in our environment, and this is the important thing to understand: Toxic people like to take whatever is nearest and dearest to your heart, and shit all over it.

There’s some very crucial reasons for this.

Firstly, it’s part of the process of isolating a victim from support networks and gaslighting them into a situation where the toxic person creates the reality construct, exerts power and control over the other person, strips them of all hope, and then hands them the only reality and “truth” they’re allowed to have: an inherently negative one.

Secondly, toxic people have no joy or creativity of their own and they begrudge everyone else the ability to have this in life.

and… Thirdly, it helps the toxic person to feel superior is some way by presenting cynicism as either the intellectual or moral high ground. The toxic viewpoint is “street smart” or “enlightened” or “backed by science” or “backed by doctrine” when the reality is that they’re stunted and limited, or have cherry-picked their information to support a negative viewpoint.

The telling thing is that it’s all negativity, despite whatever package it’s presented in. Cynicism for its own sake is completely useless.

Often you will be told it’s for your own good, but the litmus test for whether criticism is constructive or not is whether it can give you insight to solve a problem, or if it just creates a problem and then says that it’s insurmountable. Helpful critiques are all about problem-solving and moving around obstacles, not placing more of them in your path.

Lets examine the first point in a bit more detail…

As I said earlier, a rich inner world which brings you joy and is a source of personal power, creativity, discernment, love and integrity. It will give you a back-bone when you really need it.

Toxic influences; whether that’s people, systems and structures of power, or lower-astral entities (yes, I categorise that bunch of dicks in this too) need you to believe that you have no support. If they can convince of this, you will capitulate your personal power to them and not question the ways in which they use and abuse you.

How a toxic person cuts you off from supportive external relationships like family and friends, is the same way they cut you off from your inner world. It is all about isolating you, confusing you, and making you feel rejected by the very thing or people who love you the most.

In terms of spiritual beliefs, you can see this a lot with different religious leaders who put themselves into a position of authority and then proceed to make a mockery of the very thing they’re supposed to represent.

In creative endeavours it could be someone who belittles your music, or artworks, or writing. They might have zero talent of their own, but they’ll happily tear down everything you attempt and make you believe that even thinking you’re good enough is pure stupidity.

The real danger of these people often comes after you see through their lies and understand what they tried to do to you: they essentially tried to rob you of meaning and purpose. This usually leads to anger, or even rage.

If you’re still in the angry phase, don’t be too hard on yourself. It’s ok to be mad. Just be careful that you’re not demolishing all of the good along with the bad, and remember that at some point you have to move past the anger because if you stay there, it turns into bitterness and that’s the point where you can become the very thing that you despise.

I’ve seen this with friends who are atheist. They swing too far in the opposite direction from toxic religion and start rejecting all spirituality as bogus and delusional. Then they usually start brow-beating anyone who still has beliefs and that pushes people away because there’s no tolerance for differing ideas or questions. They’re as closed to questioning and dogmatic as fundamentalist Christians.

Why Paganism is Open to Other Regions

When I joined the Druids and then later joined a Witchcraft Coven, I was told that paganism is not there as a way of giving other religions the middle-finger. They have to tell people this because some people seek this path because they still feel rejected or abandoned by their religion of origin.

It’s a wound which needs to be addressed before you can properly engage with a new spiritual path. You can see what happens if it isn’t dealt with all the time.

A prime example of this is Doreen Virtue. She started out Christian, felt rejected by the church, got heavily into Spiritualism and then rejected that and went back to extreme Jesus worship. There’s nothing really wrong with changing your mind, and it can be a very healthy sign, but she totally denounced people she had worked with as the devil and branded everyone who practices the new-age as delusional.

That’s not kind at all.

This behaviour would suggest that there are deep wounds to do with her spiritual path that she hasn’t healed and might be avoiding in some way.

Witchcraft, druidry and paganism are not there to be used as a “fuck-you” to other religions. That’s like a rebound relationship where you deliberately choose someone who is the antithesis of your ex, or perhaps is “better” in some way to prove that they were wrong to reject you. It doesn’t prove anything except that you’re clearly not over it. Like Doreen, those wounds can lead us back into an abusive relationship because we never resolved the trauma within ourselves and released it.

If you have those triggers, you need to deal with the original wounds so that you can either embrace your first religion in a healthier way, or choose a new path with a lightness of spirit.

Just because you were hurt by a particular spiritual practice, doesn’t mean that there’s something wrong with the religion, it might just mean that the people interpreting that religion are a bunch of assholes. Sometimes you have to venture out on your own and wander the spiritual wilderness in order to re-set your inner-compass. That compass may lead back to your starting point, in which case, don’t let another person’s crap colour your relationship with divinity.

You need to find that careful balance between remaining open to new ideas and curious about life, while also practicing discernment. The real work in life, your true purpose and destiny, is to forge ahead with the things that bring you joy in spite of the people and things which try to drag you down.

The thing is, if you possess an inner light which shines brightly in dark places, you will make people who wallow in their own crap very uncomfortable. They will go out of their way to put that light out because it shows them up in unflattering ways.

They’re shells of human-beings, like a burnt out car in the desert. You don’t want to be anything like them, or even acceptable to anyone like that.

You need to become the anti-cynic:

Keep your child-like sense of wonder.

Find joy and gratitude in the small things that we take for granted.

Create something on a regular basis, even if it isn’t great. That’s nobody else’s business except your own. Just work on making things which make you happy. It doesn’t have to sell. It doesn’t have to go viral, but if it touches one other person or gives them a little ray of hope, it has done it’s job.

We never get to know how we impact other people. That’s not something we’re usually privy to, but we have to trust that what we do with our lives has some kind of meaning somewhere in the world and just keep putting it out there.

If you’re in need to coaching in this area of life, you can find my services Here.

← Creating a Book of Shadows or Grimoire
What are your Psychic Senses and how do you Develop them? →

To book an intuitive reading